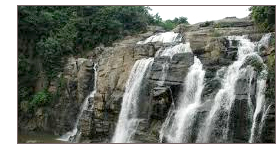 Hazaribagh
The long lost heritage of Buddhism can now be explored in Hazaribagh. According to Buddhist beliefs, Lord Buddha himself travelled on the way to enlightenment through the confluence of River Phalgu in Gaya region which is present day Hazaribagh.

Itkhori
Towards the north of Hazaribagh is Itkhori where the archaeological remnants of Buddhist heritage were explored. The variety of Buddhist relics can be explored in the area. Detailed and marvelously sculpted statues of 104 Bodhisattvas and four statues of Buddha from 200 BC can be seen as a part of Buddhist heritage. Moving a kilometer east from Itkhori, one can explore through a Buddhist sanctuary with sculpted monuments.

Dhanbad
The coal capital, Dhanbad in Jharkhand also yielded relics of Buddhist statues along with an ancient pillar belonging to Ashokan times.