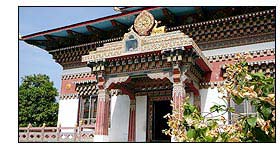 Day 02: ARRIVE BODHGAYA
Early morning Arrive Gaya Railway Station and Transfer to Bodhgaya one of the holiest Buddhist pilgrimage centres. It was here that Gautama attained enlightenment and became Buddha under the "Bodhi" tree. After some relax visit the Stupa and the various monasteries, Mahabodhi temple built by Ashoka the Great in 3rd Century BC One can visit the Sacred Bodhi tree Overnight stay at the Hotel

Day 03: BODHGAYA-RAJGIR-NALANDA-BODHGAYA
After Breakfast Full Day Excursion to Rajgir capital of 6th century Magadha empire. It was revered site of Buddhas discourses. Buddha spent many years here. Visit Gridhrakula, Sapataparni cave, Ajatsatru fort and Venuvana. & Nalanda - the world's oldest university founded in the 5th century. Also visit monasteries and temples with impressive Buddhist & Hindu images. The Institute for research into Buddhism and Pali literature which houses rare manuscripts is also worth visiting for the enthusiasts. Archaeological musuem is also not to be missed for the rare collections

Return back to Bodhgaya. Overnight stay at the Hotel
Click Here For More Information/Booking


Day 04: BODHGAYA-VARANASI
Early Morning after Breakfast Proceed for Varanasi. On arrival check into Hotel. Afternoon excursion to Sarnath, the principle centre of Buddhism. It was here around 530 B.C that Buddha preached his 1st sermon after gaining enlightenment.

Overnight stay at the Hotel 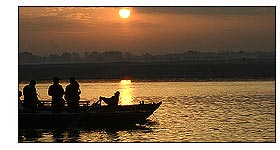 Early morning boat ride on river Ganges to see the beautiful sunrise at Ganges. On arrival Kushinagar Check into Hotel. Afternoon Sightseeing of Kushinagar. Visit Ramabha stupa which stands on the spot where the body of the Lord was cremated. Also visit Natha Kumarka Kot enshrining the large recumbent figure of Buddha in the state of Nirvana Overnight stay at the Hotel

Day 06: KUSHINAGAR-LUMBINI-SRAVASTI
After Breakfast Proceed for Sravasti on the way Sightseeing of Lumbini the place where Buddha was born. An ancient shrine with an image representing the nativity of Buddha is still preserved. Continue your drive to Sravasti. On arrival check into Hotel Overnight stay at the Hotel 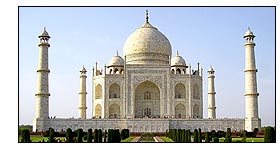 Day 08: AGRA-DELHI-DEPARTURE
Arrive Agra at 04:50 hrs. After breakfast, visit Taj Mahal, monument of love that Emperor Shah Jahan built in the 16th century. You'll then visit Agra Fort, which served as the final living quarters for the Emperor to live in imprisonment. Proceed for Delhi Airport (203 kms / 4 hrs) to connect flight back to home.